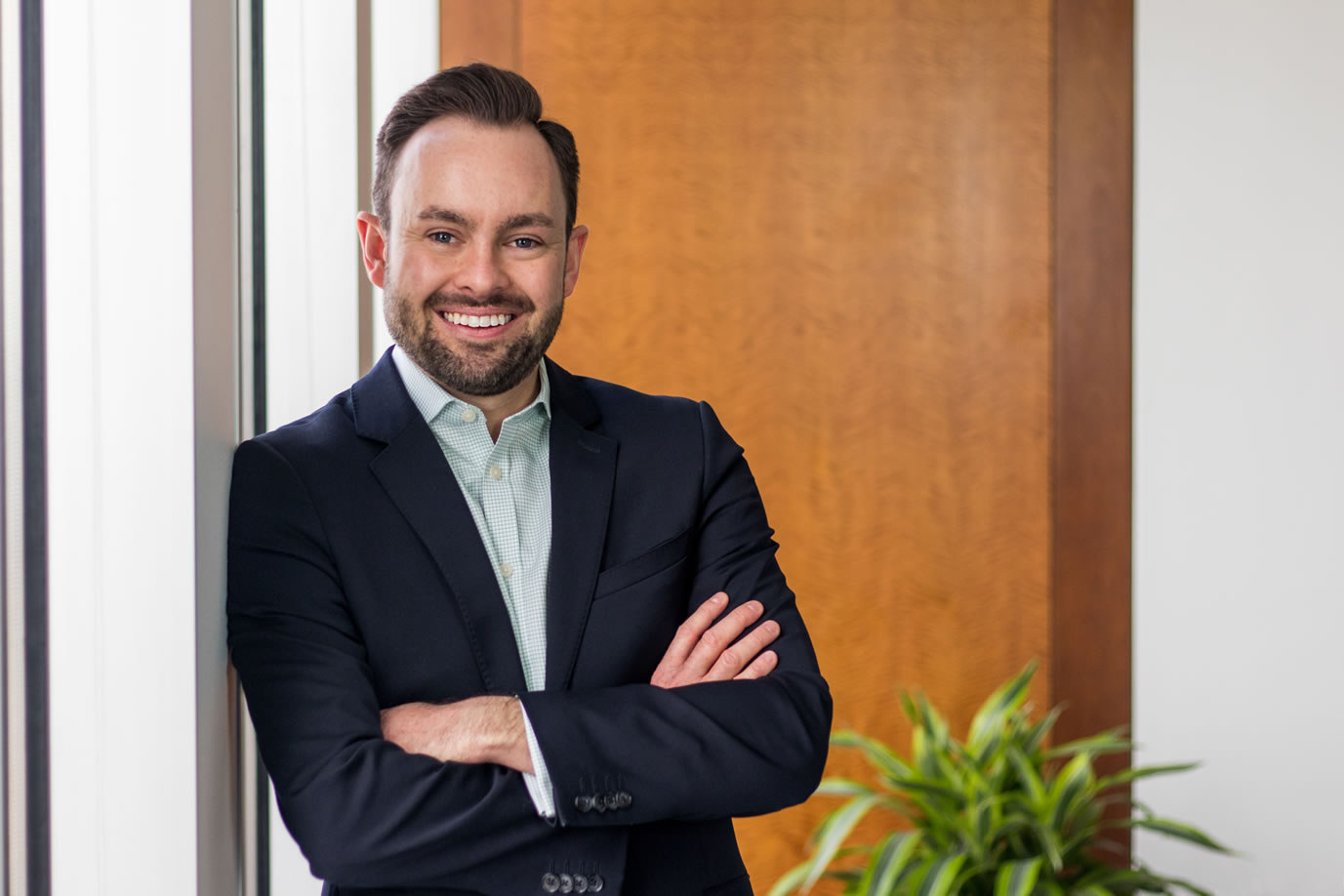 Indianapolis, IN – May 9, 2018 – HighPoint Global®, the citizen experience companyTM, today announced that Chad Pryor, Associate General Counsel, has been selected by Indiana Lawyer as one of 15 Up and Coming at a reception on May 8.

Pryor played a key role in building HighPoint’s legal department and compliance program from the ground up. The department was designed with scalability in mind to meet the company’s ongoing exponential growth. During Pryor’s tenure, HighPoint saw 9000%+ growth, was named the 26th fastest growing private company in the U.S. by Inc. Magazine, and was listed at number 16 on Forbes’ list of America’s Most Promising Companies.

Most recently, Pryor played a large role in HighPoint’s 2017 acquisition of Primescape Solutions, an acquisition that effectively doubled the size of the company. He helped formulate the acquisition strategy, conducted target profiling and assessment, and assisted in leading capital raising efforts. Pryor also oversaw and coordinated valuation, deal structuring, negotiations, due diligence, and integration of the two organizations’ legal functions.

In addition to his work at HighPoint, Pryor has lent time and talent in the community including providing free legal services to in-need individuals through the Neighborhood Christian Legal Clinic and serving on the board of the Autism Society of Indiana. Pryor also serves on the Huntington University Alumni Board and is active in the Indianapolis Bar Association, American Bar Association, the Association of Corporate Counsel, and the Association for Corporate Growth.

“I am proud to play a role in HighPoint’s mission of improving how citizens interact with government,” said Pryor. “It’s been an exciting five years helping the company grow, and I am incredibly honored and humbled by this award.”

The designation of Up and Coming Lawyer is awarded to attorneys who have practiced law for 10 years or less and have a proven record of professional commitment and community volunteerism.

HighPoint Global helps government agencies elevate the citizen experienceTM by improving the touchpoints through which citizens interact with government. From contact centers and employee experience to digital and data services, our team works with government agencies to more efficiently integrate the people, processes and technology that help government deliver on the needs of citizens and employees. HighPoint delivers services for 15 government clients including the Centers for Medicare and Medicaid Services, Office of the Comptroller of Currency, Department of State, Defense Logistics Agency and Department of Housing and Urban Development.

HighPoint is a privately held company founded in 2006 with 350 employees across offices in Indianapolis, Indiana; Baltimore, Maryland; and Reston and Herndon, Virginia. For additional information about HighPoint, visit www.highpointglobal.com.

HighPoint Digital is a company that specializes in providing IT support and customer service solutions to the federal government.  Want to know more?

Learn more about us